Tips for Coming Up with Profitable Concepts

Tips for Coming Up with Profitable Concepts

Tips for Coming Up with Profitable Concepts: Our planet and today’s civilization have been influenced by breakthrough technologies and innovators who pushed the boundaries of engineering and business. Some did this for grand and noble reasons, like science, war, or religion.

Others were just out to make a few bucks. Whatever the motivation, there is no doubt that invention is at the heart of all progress. And, as you probably know, a need must precede any innovation.

Inventions are the holy grail of creation. In our society, famous inventors and their new ideas are revered, and many aspire to be like them.

If you’ve ever had an inventive streak, you’ve probably thought about making an invention. Learning the steps to constructing something that has never been constructed before takes time and practice.

No printed instruction manual explains how to do it. However, there is a long history of inventing, and we have learned over time that there are specific techniques to get yourself into that creative state.

Here are seven techniques you can use to innovate and develop other money-making ideas.

Teach Yourself to Relax and Meditate

Eureka! Archimedes famously exclaimed this after he climbed out of the bath and calculated that the volume of water displaced by his body was the same as the volume of water he had been sitting in. This thought came to him out of nowhere. But what he did may have been the catalyst for this sudden burst of creativity.

According to several scientists, a bath or shower promotes creative thinking. Scott Barry Kaufman stated in a speech on work performance:

“If you let your mind wander and encourage people to be more open to their inner streams of consciousness and daydreams, the shower’s peaceful, solitary, judgment-free environment can promote creative thinking.”

This approach can also be applied to active meditation. The constant stream of consciousness can express itself differently if you can stop your thoughts. When it comes to invention, this is a common theme.

Think about What You Don’t like about the World

Miki Agrawal, a social entrepreneur, asks herself a simple question before developing or inventing: “What’s wrong with my world?”

She owns and operates several social enterprises. This question inspired her to start a global sanitation conglomerate. On the topic of motivation, she said:

“What inspires us is that if you close your eyes, you can say: With every product I sell, I’m helping someone who desperately needs something like this or desperately needs a solution to their problem, like the global sanitation crisis.”

Such motivation helps to discover the secret thoughts that lie dormant within us and turn them into reality. It is also this motivation that transforms a concept into a profitable venture.

Expand an Existing System to Make It Your Own

Many people don’t seem to understand the adage that is often misrepresented:

Consider how many creative people build on those who came before them and evolve that work of art system into an even more comprehensive product. That is the essence of both the quote and the concept. Those who extend and personalize it steal these ideas in a minimal sense.

Luca Pacioli, a Renaissance man, now considered one of the most famous accountants of all time, was one such innovator. Several hundred years before his birth, in the old Venetian days, he introduced the double-entry bookkeeping system known as alla veneziana. Pacioli did not invent the system, but he popularized it to the point that we rely on it today.

Pacioli published a mathematical book in 1494. This book devotes 27 pages to the concept of double-entry bookkeeping. Pacioli meticulously developed this concept and made it his own. He was also convinced of the economic importance of this invention. At one point, he declared:

With a creative frame of mind, you can look at things differently. The ability to remain motionless and observe things is essential but often overlooked. Observational skills help you learn, remember, and expand your immediate environment.

This skill is essential when trying to create new inventions.

When trying to start a new business, you’re usually racking your brain to find a new idea, improve something, or spot a trend. The trick is to observe what you’re looking for.

This observational skill comes in handy whether you’re trying to evaluate a data collection or just idly strolling around town. A creative mind must be able to observe the world around it without interfering with preconceived notions and preconceived notions.

In the early days of the Internet, some Stanford researchers received a letter from the U.S. government threatening to publish their work on public-key cryptography. The technology that would one day secure our email transmissions enables online purchases and essentially establish the working Internet as we know it today.

The government initially suppressed the groundbreaking work of Whitfield Diffie and Martin Hellman, which became known as the Diffie-Hellman theory and eventually gave rise to RSA encryption technology.

Admiral Bobby Ray Inman headed the agency in question. He saw cryptography as merely a tool for espionage. He justified his action against the two researchers by fearing that this type of material might help adversaries in future battles to encrypt their messages in such a way that the U.S. could not decrypt them. As a result of his ignorance, he became regressive. Researchers, on the other hand, looked ahead.

You must be the evolutionary outlaw who occasionally defies accepted wisdom to make a difference. That’s the only way to get ahead. 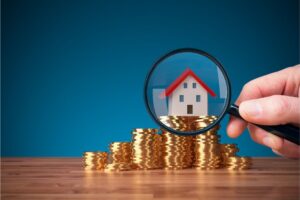 “Any concept can be a fantastic idea if you think outside the box, dream big and commit to making it happen.” – Richard Branson, CEO and founder of Virgin Group.

If you’re amidst a chaotic creative process, save time being hard on yourself and dismissing your ideas. Develop each idea as far as you can. You may be sitting on a gold mine for a new invention. At this point, anything is possible. Only discard an idea once you have thoroughly developed or tested it. What you think is a terrible idea may be the starting point for a viable, good idea.

The number of crazy ideas you can come up with is unlimited, no matter how outlandish. Here you have a wide range of possibilities.

First, identify the problem, then collect data. Then you begin to analyze and evaluate the data obtained. Then you develop a hypothesis and ask others to test and explain it. Finally, you put it all together before deciding if the plan is good.

Any form of criticism is withheld until the concept is sufficiently developed. This is a free and open area where you can think about anything you want without being judged.

The post Tips for Coming Up with Profitable Concepts appeared first on https://gqcentral.co.uk