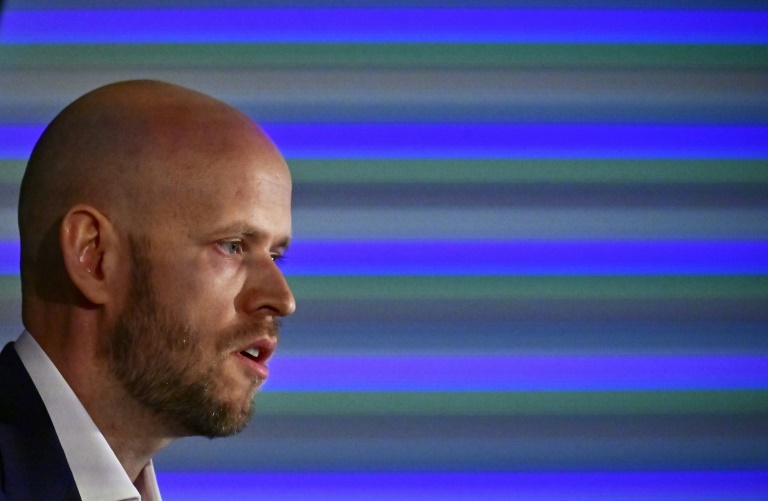 New York (AFP) – Spotify co-founder Daniel Ek says he wants to bring back the “glory” to Arsenal as he plans to test the resolve of the club’s American billionaire owner Stan Kroenke with a takeover bid.

Kroenke, through his Kroenke Sports and Entertainment (KSE) business, has been the Gunners’ majority shareholder for a decade and took full control of the club by buying out Russian oligarch Alisher Usmanov’s stake in 2018.

Arsenal’s performances on the pitch have declined markedly during the Kroenke reign.

The London club have not won a Premier League title since 2003/04 and are set to miss out on a top-four finish in the English top flight for a fifth consecutive season.

Arsenal were one of 12 clubs to initially sign up to proposals for the breakaway competition but, along with five other English clubs, withdrew from the plans within 48 hours after a fierce backlash from fans, players, governing bodies and the British government.

Thousands of supporters protested outside the Emirates Stadium before Friday’s 1-0 defeat by Everton, calling for Kroenke to sell the club.

On Tuesday, KSE said it had no intention of selling, despite reports of Ek’s interest.

“In recent days we have noted media speculation regarding a potential takeover bid for Arsenal Football Club,” read a KSE statement.

“We remain 100 percent committed to Arsenal and are not selling any stake in the club. We have not received any offer and we will not entertain any offer.”

However, Ek, who says he has supported the club for 30 years, believes he has the funding to make a serious offer.

“I’m very serious,” the Swedish billionaire told CNBC on Wednesday. “You know, I have secured the funds for it, and I want to bring what I think is a very compelling offer to the owners and I hope they hear me out.

“I’ve been an Arsenal fan since I was eight years old. Arsenal is my team. I love the history. I love the players. And of course, I love the fans.

“So as I look at that, I just see a tremendous opportunity to set a real vision for the club to bring it back to its glory. And I want to establish trust with fans and I want to engage the fans again.”

According to reports, Arsenal greats Thierry Henry, Patrick Vieira and Dennis Bergkamp would be part of an advisory group in a takeover bid.

“All I can do is prepare what I think is a very thoughtful offer, and bring it to them and hope they hear me out,” added Ek.

Arsenal manager Mikel Arteta defended the commitment of KSE to improving results on the pitch.

Arteta’s side are 10th in the Premier League and on course for their worst league finish since 1995.

“The reality is that we have owners who are really, really committed and want a successful team on the pitch and are going to do everything on the pitch to achieve that,” said the Spaniard.

Arsenal could play themselves back into the lucrative Champions League should they win the Europa League — they travel to Villarreal for the first leg of their semi-final on Thursday.